At the beginning of the week, we set 0.7960 zone as where we will look for a buying opportunity on AUDUSD currency pair. With the opening of the markets on July 31st, the price declined in these region early on, but since I was not at front of the chart, I did not have a chance to open any position anyway. Below I will share the trade of the week.

In order to be able to apply the analysis we made in the one hour period, we started to closely follow the pair by going down to the 15 minute interval. When I open the charts in the morning, the following picture, which draws my attention first, is the candlestick bars I have circled. The price finds support at 61.80% fibonacci retracement level of the impulsive move marked with orange arrow. Again in this region the price is touching the RSI oversold level. The candlestick formation called “engulfing candle” is the only missing here in order to open a buying position according to my own trading plan. So if a candle was completely covering the previous candlestick in the area within the circle, it could be taken directly from here.

Before the UK market close time, the price retraced towards the trading zone and this time formed a BAT formation in which we can perform aggressive buying within our zone. We entered the buy orders 1 pips above the formation at 0.7960 in the 15-minute timeframe. Then we decided to stop level. We placed our stop level at 1.1313 of fibonacci level of the move, which is indicated by the orange arrow on the chart.

So if the price goes in the other direction, it will be 0.7960 which is the first to protect us below, and 0.7937 as the support zone. For the profit taking levels, we expect that the price will first test the peak level of the orange arrow, so this peak level is the same as the first profit taking and the 127% extension level is the second level of profit taking. It would be useful to share it as a short note, if the risk / reward rate of first position had fallen below 1 after I set these levels, this would not be a valid trade for my trading plan. 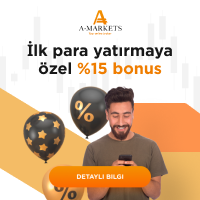